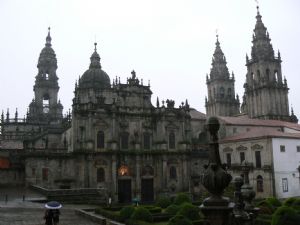 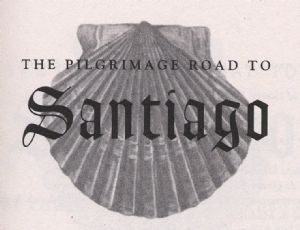 The Camino de Santiago or ‘The way of St. James’ is “a glorious amble across the north of Spain” according to one of the guide books, following an ancient pilgrimage route west to the magnificent Cathedral at Santiago de Compostela. 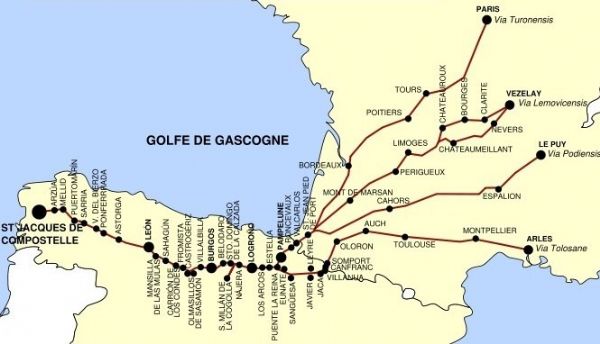 Ancient star-gazing Celts went this way, heading towards the setting sun and the solar temple at Finis Terrae, the end of the Earth, or so it seemed to them.  Later, a well-established Pilgrim Path has attracted travellers, walkers and tourists too, who set off from any number of points in and beyond. They converge on St. Jean Pied de Port, in , and walk, in long or shorter stages, all at once, or over a period of time, across or around the , to the city of , in – a journey of 790 kilometers (500 miles).

A popular route, each year about 70,000 people follow the Camino and stay in hostels along the way. Some old pilgrim traditions survive, notably the scallop shell as a way mark to indicate the path to follow. 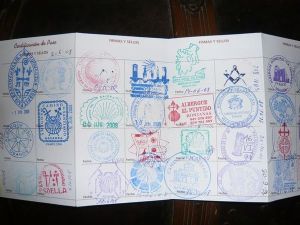 Today there is also a `Credencia` or Passport to be stamped along the way and presented at the end of the journey in order to receive the `Compostela` or Certificate of completing the Camino.