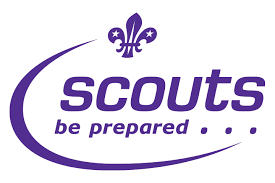 Meets Monday at 5pm in the Day School

Meets Monday at 6pm in the Day School

Meets Tuesday at 6.00pm in the Day School

Meets Tuesday at 7pm in the Day School

Salesbury Rainbows and Brownies took part in a Zumbathon to raise money for the ‘Guide Dogs’ and between them they raised £395.

Thank you to all those whom sponsored the charity and ‘ Well Done’ to the girls for their super Zumba!

On Saturday 16th June, several of our Rainbows attended a ‘Rainbows County Day-Winnie The Pooh’ at Slaidburn. Although the weather was rather wet, the girls enjoyed the morning! They made ‘pooh sticks!’ to float down the river and ‘bear magnetic footprints’, followed by a nature trail and teddy bear hunt, a sing song on the river bank  and a teddy bears picnic.

The girls took part in a Sponsored Skip on 21st March to raise money for ‘Children with Leukaemia’, in conjunction with Great Ormond Street Hospital.   They raised the magnificent sum of £267.   The arrangement is that half of the money is forwarded to the Charity, with the remainder being put aside to fund an event for the Rainbows.   Thank you so much to the girls for taking part and their sponsors.